For various reasons in a case of an accident the other driver may not be fully insured — for example, it’s possible a son or daughter who is not a named driver may be driving the family car without permission.

But the vehicle will be insured. Almost all insurance policies are “all driver” policies. This means the insurers must provide liability cover for the vehicle in almost all situations even if it was stolen and driven by a thief.
So even although the insurers may be able to avoid the policy in respect of their own insured customer, any kind of policy defense won’t fly against third parties. You’re still protected. The Road Traffic Act 1966 explain this fully.

Take photographs — a picture really is worth 1,000 words
The camera never lies. If you’re the kind of person who loses sleep over whether they might be wrongly found to be at fault in an accident, buy and fit a dashcam. They cost around $200 and will keep a permanent digital record of what is happening in front of you.
For most of us, access to a still photograph camera will be enough. The nature of the damage to each vehicle will generally tell the story of how the accident took place.
Almost everyone now has a mobile or smartphone with a camera. If you don’t have one, you can buy a cheap disposable camera and put it in your glove compartment.
Keep a pen and paper there as well for exchange of details. Take pictures of the damage to your vehicle and to the other vehicle even where the other driver is admitting it was his fault.
As well as pictures of vehicles, take photographs of the general road layout and any helpful evidence such as skid marks on the road which may give an indication of speed, or collision debris which will give an idea of place of impact.

Make a note of other evidence
You must exchange personal details so take the name, address and telephone number (including mobile number) of the other driver.
There is no legal requirement to exchange insurance details at this stage unless someone is injured, but you should ask the other driver anyway.
Take the names, addresses and telephone numbers (including mobile numbers) of all potential witnesses. Note carefully what the other driver says about the accident. If possible, have someone else with you to hear what he says.
The courts attach particular importance to people say in the immediate aftermath of an accident. This is especially so when the other driver admits it was his fault (known as “an admission against interest” in legal-speak).
The law takes the sensible view that the only reason someone would admit it was his fault is because it’s highly likely to be true.
It is a term of your insurance policy that you should never admit liability at the scene of an accident.
So if you are the at-fault driver the prudent course is to exchange details but say nothing. However, lots of people admit liability at the accident scene and we never known the insurers to use it against their own driver.

What do you say to the police?
When the police attend an accident, they will take details of the incident from both drivers. They will ensure the statutory formalities are complied with.
Except in cases of serious injury, the police officers involved will simply be reporting officers. They’re not expert witnesses as such, because they don’t have the necessary training to deduce exactly what happened — for example, an expert will be able to estimate impact speed from vehicle damage, or the collision point from the location of debris.
The attending officers should not attempt to apportion blame, but they are important witnesses as to fact. A police officer is an experienced and trained observer with no axe to grind.
One of the most important aspects of any proof on liability is what each driver says at the scene to explain the accident. The officer usually notes this in his police notebook, which may be disclosable in future court proceedings.
A judge will rely on what people say at the scene in any legal proceedings which may follow. So, it’s particularly important to tell your side of the story at this point.

Action Points
Accidents — even minor ones — can be shocking and traumatic. So it’s important you know what to do if you’re involved in an accident.
You are required by law to take certain actions under certain circumstances… but there are also sensible actions you should take to protect yourself and make the whole process simpler:
• First — check everyone’s okay and out of the car, and if they’re not call 911
• Get well clear of the road, especially if you’re on the hard shoulder of the motorway
• You must stop if you injure someone, damage someone else’s vehicle, damage other property, or injure a dog or farm animal
• Make sure you get the other vehicle’s registration number if at all possible
• If someone has been injured, it’s a good idea to contact the police — but you don’t have to if you’ve exchanged personal and insurance details
• Take your insurance documents, driving licence, and any current MOT certificate to the police station if you’re asked to report
• If the other driver fails to stop, make sure you report it to the police within 14 days
• Take photographs — they can be vital to prove what happened
• Make a note of other evidence
• Get witnesses if you can
Keep all this in mind if you’re ever involved in an accident — regardless of who’s at fault. Speaking of which.

Remember: the insurance company doesn’t see you as a person. It sees you as a cash machine. And it will always put its own best interests first.
You do not have to do what the insurance company tells you to do if you’re involved in an accident. It’s rarely in your best interests to do so. Instead, read at Oceanharborinsurance.net about this particular topic and make decisions based on what’s best for you.

Then get expert advice
If you, or someone you know, is involved in an accident don’t leave things in the hands of the insurance company. To them, you’re a number and they want to close off your case as soon as possible.
To me and other conscientious independent lawyers you’re a human being who deserves a fair deal.
If you’re involved in an accident and there are injuries, get in touch with Ocean Harbor. 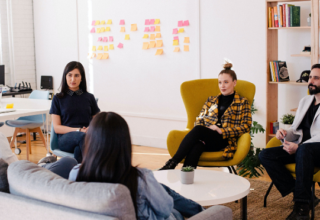